To improve the user experience on this site we use cookies. I agree I disagree 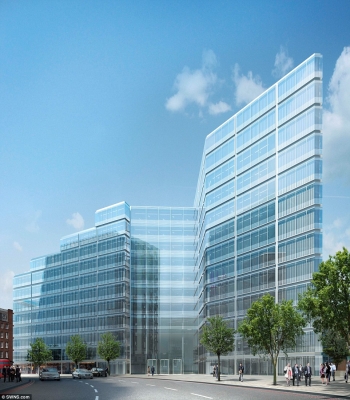 Verde SW1 is a state-of-the-art, office-led redevelopment in the heart of the Victoria submarket in London’s West End. The building is providing a total of 317,083 SF of net internal area, along with six expansive roof gardens totaling over 20,000 SF and offering stunning views across the London skyline.

Verde SW1 was originally developed in 1995, and was occupied in its entirety by the Department of Communities and Local Government (DCLG), a UK Government body. Tishman Speyer acquired the property in January 2012 and negotiated a lease surrender with the tenant, gaining vacant possession in Q3 2014. Planning permission was successfully obtained for a next-generation property, designed by internationally-renowned architects Aukett Swanke, Adjaye Associates and MdeAS that increases the net internal area by 60,000 SF.

From basement to rooftop, every detail has been shaped to create an efficient and harmonious space for businesses to thrive and employees to enjoy amenities developed to the highest environmental and sustainable standards, with a target of BREEAM “Excellent”.

The building will provide a dramatic triple-height reception, with the potential of a further, separate tenant-specific entrance. The six roof gardens will create a “park in the sky” with stunning views across London. In addition, 440 bicycle spaces and over 20,000 SF of retail space will be delivered.

Verde SW1 is strategically located in the center of Victoria and will be within 150 meters of a new entrance to Victoria Station, one of London’s busiest transportation hubs. Victoria hosts a number of landmarks, including Buckingham Palace, St. James’s Park and Westminster Abbey. In recent years it has been transformed into one of the West End’s most vibrant business districts, attracting a variety of sought-after tenants, including Burberry, Jimmy Choo, Boeing and EDF Energy.